Background – the disastrous subjugation of our right brain hemisphere 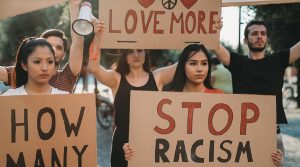 How do we more concretely define and manifest our higher self?  What methods can be used to expedite our journey to actualize our highest human potential, and reinstate our, as noted philosopher and psychologist Eric Fromm calls it, “sane society”?

Internationally recognized psychiatrist Iain McGilchrist believes our society, and most western societies, have gone awry due to the fact that our left brain hemisphere (primarily in charge of reason and logic), has become collectively dominant over our right hemisphere (intuition, feeling, interconnectivity, connection with nature, and the “big picture”).

Dr. McGilchrist suggests to us that historically, western culture achieved a balanced hemisphere state during several periods; the Augustan period in the 6th century B.C., and in Europe during the 15th and 16 century.  But since that time western culture has become dangerously unbalanced.

This imbalance has resulted in our current global crisis; perpetual war, rising poverty and inequality,  corruption in politics, bureaucracy, the climate crisis, alienation from self and others, racism, alienation from nature, social collapse, meaninglessness, increasing suicide rates, the surveillance state, despair, civil disobedience and riots, just to name a few!  With our current cultural state of left hemisphere dominance, we are careening uncontrollably down the road to imminent disaster.  This trend MUST be reversed and our cultural  balance restored or the human race faces the very real prospect of mass extinction through ecocide, nuclear annihilation, or both. 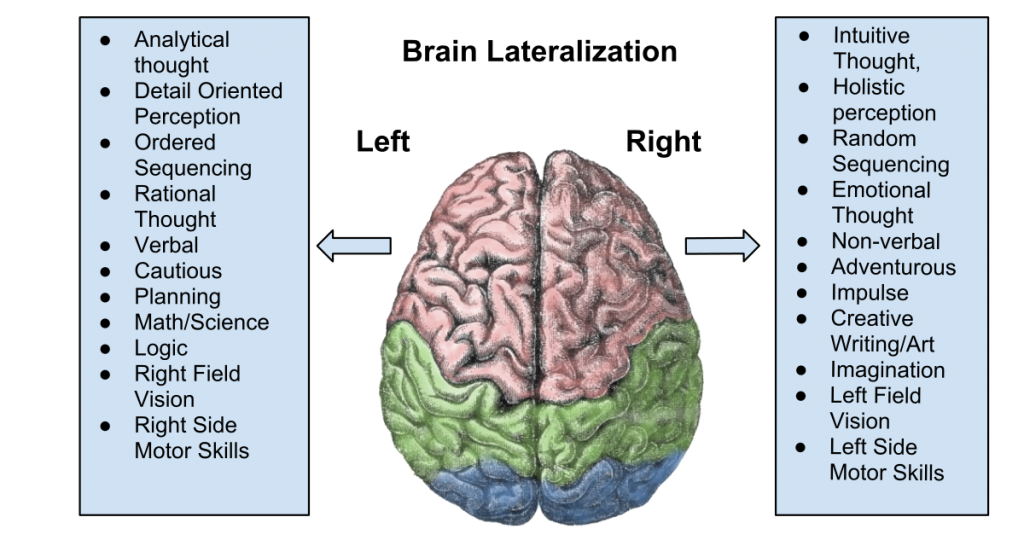 In the video below, Dr. McGilchrist gives us a short animated video which discusses this topic from a historical/evolutionary prospective. How have we, western “civilization”, become so unbalanced and self-destructive?

It may be possible, but not yet scientifically validated, that “whiteness” might really mean just be a person with a left-hemisphere dominant perspective.  This left-dominant paradigm has become pervasive in Western society, especially in the United States.  This left-hemisphere biased has led us into one crisis after another, including systemic racism, crass materialism, cultural collapse, environmental collapse, and host of other ills.  In short, those with a balanced or right hemisphere dominant brain are less likely to “succeed” (guess who gets to define “success”!) in a left-brain dominant world.  This needs to change.

Creativity as measured by the Torrance Tests of Creative Thinking increased until 1990 in the United States. Thereafter scores have been declining. Kyung Hee Kim at the College of William & Mary discovered this in May, after analyzing almost 300,000 Torrance scores of children and adults. Kim found creativity scores had been steadily rising, just like IQ scores, until 1990. Since then, creativity scores have consistently inched downward. “It’s very clear, and the decrease is very significant,” Kim says. It is the scores of younger children in America—from kindergarten through sixth grade—for whom the decline is “most serious.”

In a recent large review, Rex Jung and colleagues provide a “first approximation” regarding how creative cognition might map on to the human brain. Their review suggests that when you want to loosen your associations, allow your mind to roam free, imagine new possibilities, and silence the inner critic, it’s good to reduce activation of the Executive Attention Network (a bit, but not completely) and increase activation of the Imagination and Salience Networks. Indeed, recent research on jazz musicians and rappers engaging in creative improvisation suggests that’s precisely what is happening in the brain while in a flow state.

Racism has many underlying factors, psychological, economic, and social.  However, it might behoove us to take a “10,000 foot view” and consider other forces that shape a societies dominant paradigm.  In the West, we have created a very left-brain dominant paradigm.  This has lead to certain “advances”, mainly in the fields of technology and science (i.e., manipulation of the material world – a left brain specialty).  But at what cost?  Has excellence in these left-brain fields become the only skills that are socially rewarded?  Has it caused us to abandon our basic humanity, our underlying connection to one another, our connection to nature?  Has it lead to a world where greed, power and profit are now our primary motivators?  We literally need a “paradigm shift”, to a socially balanced left/right brain paradigm,  in order to reorient our society to a level playing field.